Mevalonic acid (MVA) is a key organic compound in biochemistry; the name is a contraction of dihydroxymethylvalerolactone. The carboxylate anion of mevalonic acid, which is the predominant form in biological environments, is known as mevalonate and is of major pharmaceutical importance. Drugs like statins (which lower levels of cholesterol) stop the production of mevalonate by inhibiting HMG-CoA reductase.[1]

Mevalonic acid is very soluble in water and polar organic solvents. It exists in equilibrium with its lactone form, called mevalonolactone, that is formed by internal condensation of its terminal alcohol and carboxylic acid functional groups. 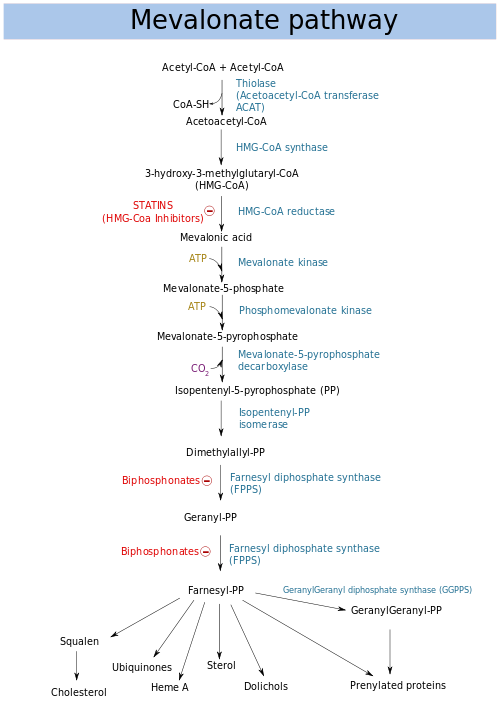