The chemical synthesis of rimonabant is described as follows:[17][failed verification] 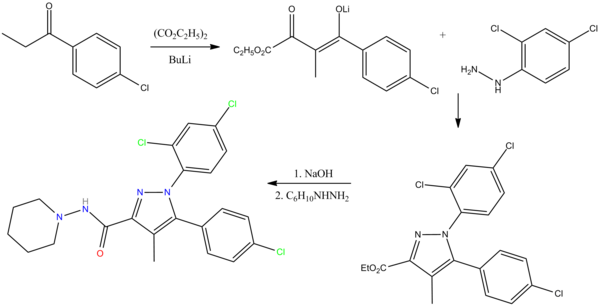 Along with the clinical trials in obesity that generated the data submitted to regulatory authorities,[18] rimonabant was also studied in clinical trials as a potential treatment for other conditions,[2] including diabetes, atherosclerosis, and smoking cessation.[19][20]