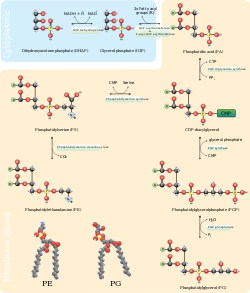 Biosynthesis of Phosphatidylethanolamine in Bacteria

Phosphatidylethanolamine also enables bacterial multidrug transporters to function properly and allows the formation of intermediates that are needed for the transporters to properly open and close.[11]