Three hash cakes made with cannabis

A cannabis edible, also known as a cannabis-infused food or simply an edible, is a food product (either homemade or produced commercially) that contain decarboxylated cannabinoids (cannabinoid acids converted to their orally bioactive form) from cannabis extract as an active ingredient.[1] Although edible may refer to either a food or a drink, a cannabis-infused drink may be referred to more specifically as a liquid edible or drinkable. Edibles are a way to consume cannabis.[1] Unlike smoking, in which cannabinoids are inhaled into the lungs and pass rapidly into the bloodstream, peaking in about ten minutes and wearing off in a couple of hours, cannabis edibles may take hours to digest, and their effects may peak two to three hours after consumption and persist for six to twenty hours. The food or drink used may affect both the timing and potency of the dose ingested.[2][3]

Most edibles contain a significant amount of THC, which can induce a wide range of effects, including: relaxation, sleepiness, dizziness, dry mouth, euphoria, depersonalization and/or derealization, hallucinations, paranoia, and decreased or increased anxiety.[4] THC-dominant edibles are consumed for recreational and medical purposes.[5] Some edibles contain a negligible amount of THC and are instead dominant in other cannabinoids, most commonly cannabidiol (CBD).[6] The main characteristic of cannabis edibles is that they take longer to affect users compared to smoked cannabis.[3]

Foods and beverages made from non-psychoactive cannabis products are known as hemp foods.[7]

Bhang eaters from India c. 1790. Bhang is an edible preparation of cannabis native to the Indian subcontinent. It has been used in food and drink as early as 1000 BC by Hindus in ancient India.[8]

The earliest mention of cannabis-infused food was as far back as 2000 B.C. in India.[9] Known as one of the oldest cannabis traditions, Bhang – a cannabis infused drink made with yogurt, nuts, spices, rose water – is an official drink of Holi, highly celebrated and revered festivals celebrated by the people of Hindu community in India revering Shiva or Kali.[10][11] The oil-solubility of cannabis extracts was also known to ancient Indians, with Sanskrit recipes requiring cannabis to be sautéed in ghee before mixing it with other ingredients.[12]: 7 [13]

Majoun (cannabis jam) is another early type of edible first created by the nomadic Berber tribes of North Africa sometime around the 11th century.[14] The traditional Majoun recipe calls for cannabis extract, datura seeds, honey, nuts, kif (a mixture of kief), and sometimes dates and figs.[14] 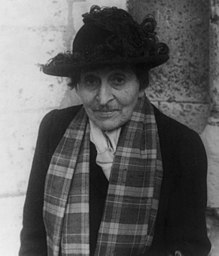 Modern interest in edibles is attributed to Alice B. Toklas and her eponymous 1954 cookbook.

The first mention of edibles in Europe appeared in a cookbook titled De Honesta Voluptate et Valetudine, which translates to “On Honorable Pleasure and Health” written by Bartolomeo Platina in 1465.[15]

The first cannabis edible recipe appeared in the United States in the early 1960s in a cookbook called The Alice B. Toklas Cook Book written by Alice B. Toklas.[16] The recipe is called "Hashish Fudge" and was actually contributed by Alice’s good friend, Brion Gysin.[16] Although it was omitted from the first American editions, Toklas' name and her "brownies" became synonymous with cannabis in the growing 1960s counterculture.[16]

In some U.S. states that have legalized cannabis, edibles have experienced a dramatic rise in sales.[17] Some[who?] are concerned about the danger edibles pose to children and inexperienced cannabis consumers.[18][19] Calls to poison control have dramatically increased since 2008 due to dogs ingesting edibles.[20] In Canada, cannabis-infused food products were legalized in October 2018, but regulatory restrictions and reduced consumer interest may inhibit innovation.[21][22]

Ingesting cannabis may produce effects that last longer and can be more intense than inhaling cannabis.[2][3] Different edible formats of cannabinoids may affect the rate of cannabinoid digestion and metabolism, which vary among people.[2][23][24] Generally, edible cannabis products are digested more slowly than occurs for aerosol products.[24] Oral administration generally leads to two peaks of concentration, due to enterohepatic circulation.[24] Common side effects of ingesting edibles include increased appetite, dry mouth, and bloodshot eyes.

Cannabis edibles contain both delta 9 THC, which is responsible for the psychotropic properties of feeling relaxed and euphoric, and CBD, which may have effects without the psychoactive properties.[25] Such effects may include analgesia, decreased inflammation, decreased spasticity, and anti-seizure effects.[26] Cannabis edibles with CBD can decrease symptoms of psychosis and anxiety. [25] Edible oils, tinctures, pills, and gummies have been prescribed to people with cancer to potentially improve poor appetite, pain, or weight loss.[27] Cannabis edibles may be effective for muscle spasms and pain.[28]

Some users of cannabis have reported adverse effects, such as confusion, hallucinations, panic attacks, paranoia, and intense psychotic effects.[25] Cannabis may cause short-term impairments in cognition, memory, alertness, coordination, and balance which can increase risk of falls, especially in older people, and make driving a car dangerous.[25]

Overdoses may occur because the dosage of THC in edibles is impossible to determine without specialized lab equipment and it varies from product to product.[28] Some or all legalized U.S. states require packaged edibles to have dosage on the label;[29] for instance California AB266 requires labeling to include "THC and other cannabinoid amount in milligrams per serving, servings per package, and the THC and other cannabinoid amount in milligrams for the package total",[30][31] and states have required the recall of incorrectly labeled products.[32] Overdoses can cause behavioral impairments, such as paranoia, impaired mobility, and nausea.[28] Other risks, as a result of regular long-term cannabis use, include harmful effects to brain development, heart function, memory and cognition, and psychiatric health.[28]

Long-term recreational marijuana use can cause cognitive impairments and also lead to cannabis use disorder (CUD).[25] Symptoms of CUD include lack of motivation, decreased concentration, and loss of interest in other activities, tolerance, and dependence.[25]

THC infused gummies suitable for sublingual administration. These are 5 milligrams each.

The important base to all food edibles is that it has fat that has been infused with THC.[33] In other words, any food that contains butter, oil, milk, or any fatty substance can be turned into an edible.[34] Examples of cannabis-infused foods include baked goods, candy, potato chips, and more.[34][33] One may not be able to distinguish between regular baked goods and those containing cannabinoids, which however tend to have a slightly green tinge and often emit a faint cannabis smell. A mild grassy or cannabis flavor might be detectable if sufficient cannabis quantities are used.[12]: 7

Tinctures are potent, alcohol-based cannabis extracts.[34] The solubility of THC in ethanol is greater than 1 g/mL.[37] They are considered edibles as they are meant to be absorbed through the mouth and tongue.[34] Tinctures are generally placed under the tongue using a dropper to allow it to be absorbed into the bloodstream.[34] Tinctures can be added to any food or drink and provides more control over the cannabis dosage compared to cannabis-infused foods or drinks.[34]

Dissolvable cannabinoid powder is tasteless and odorless, and may elicit effects typical of oral cannabis products.[34] Powders are water soluble and can be mixed into foods and drinks.[34] Unlike traditional edibles which can take some 90 minutes to take effect, cannabinoid powder may produce effects within 20 minutes due to solubility and uptake of the powder constituents via the digestive tract, allowing rapid effects, especially of THC.

Cannabidiol (CBD) edibles are non-psychoactive and non-intoxicating, and contain varying amounts of THC, according to the manufacturer.[34] These edibles provide the effects of cannabis without the psychoactive response to THC.[34]

Cannabis capsules are considered edibles as they are also metabolized in the gut.[33] Capsules can contain either THC or CBD and are an easier, more convenient way of administering medications.[38]

Cannabis oil, or canna-oil. is a product that blends cannabis with any type of cooking oil. Cannabis oil can be used for baking but is more commonly blended to make sauces or dressings or cooked with food. Coconut oil is a common cooking oil, but other options are olive, avocado, and walnut oil.

Cannabis butter, or cannabutter, is unsalted butter blended with cannabis and water. Cleaned and dried buds are steeped in melted butter or oil in preparation for consumption.[39] Cannabutter can be added to any baking recipe.

In 1996, California became the first state to legalize medicinal cannabis use.[1] By 2016, cannabis use has become legalized in 24 states.[1] Because cannabis remains under preliminary research for its potential to reduce chronic pain, it may be an alternative to opioids.[40] Studies have shown that legalization of medical cannabis is associated with less opioid overdose deaths; however, further studies are needed to determine the nature of this relationship.[40]

In 1970, the Controlled Substances Act classified marijuana as a Schedule I substance meaning that it is not currently accepted for medicinal use, has high potential for abuse, and has lack of accepted safety for use of the drug.[40] Usually, this would mean cannabis cannot be dispensed or prescribed; however, state laws allow for cannabis use despite these regulations.[40]

On October 17, 2018, Canada became the first G7 nation to legalize recreational/adult-use cannabis with the Cannabis Act (the Act).[22] That same day cannabis was removed from the Controlled Drugs and Substances Act.[22] The Act regulates retail cannabis, medical cannabis, and industrial hemp in Canada.[22]

The adverse effects on health are most important when it is used in excessive quantities or with heavy frequency. A study funded by the National Institute on Drug Abuse entitled "Tasty THC: Promises and Challenges of Cannabis Edibles" found that heavy, long-term cannabis use appeared to worsen brain development, and psychiatric and heart health.[1] On the other hand, the study also discovered that cannabis edibles did not appear to affect pulmonary function nor increase risk for cancer which is one reason people choose cannabis edibles over smoking cannabis.[1] The study concedes that over-consuming cannabis is not lethal; to date, there has never been a death related to the actual toxicity of cannabis.[1] However, there has been one death involving cannabis edibles.[1]

A safety concern with regards to cannabis edibles is overconsumption which is usually caused by the delayed effects of ingested cannabis.[1] Because users do not feel the effects of cannabis edibles right away, users often eat more to compensate and end up consuming too much THC.[1] As a result, cannabis edibles have caused the most healthcare visits as compared to other forms of cannabis consumption.[1] Additionally, the amount of cannabis in any individual product can be highly variable which is another contributing factor to overconsumption.[1] In addition, people can have very different responses to the same amount of THC with 2.5 mg being enough for some people to begin to feel effects while, for others, 50 mg is required.[1]

High concentrations of THC have been shown to cause hallucinations, delusions, and anxiety in some people; for most, these symptoms only last as long as that person is intoxicated, but some people can be affected for several days.[1] Cannabis use has been connected with increased use of other drugs, although this connection has never been shown to be causal.[1]

Many edible cannabis products are packaged in a way which could appeal to children (gummies, etc.), although it should also be noted that laws requiring a minimum age to purchase recreational cannabis are universal in jurisdictions that have fully legalized its use, similar to age restrictions on alcohol. As with alcohol and prescription medicines, basic care should be taken to prevent children from having access to the product, as cannabis edibles have been the main cause of a number of health care visits relating to accidental cannabis consumption by children, although none resulted in death.[1]