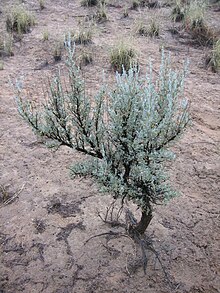 Big Sagebrush (Artemisia tridentata) contains sesquiterpene lactones which are sesquiterpenoids (built from three isoprene units) and contain a lactone ring, hence the name. These compounds are found in many other plants and can cause allergic reactions and toxicity if consumed in excess, particularly in grazing livestock. 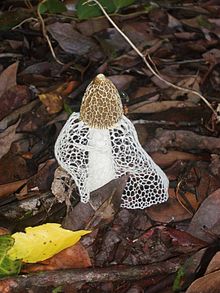 Sesquiterpenes are a class of terpenes that consist of three isoprene units and often have the molecular formula C15H24. Like monoterpenes, sesquiterpenes may be acyclic or contain rings, including many unique combinations. Biochemical modifications such as oxidation or rearrangement produce the related sesquiterpenoids.[1]

Sesquiterpenes are found naturally in plants and insects, as semiochemicals, e.g. defensive agents or pheromones.

Cyclic sesquiterpenes are more common than cyclic monoterpenes because of the increased chain length and additional double bond in the sesquiterpene precursors. In addition to common six-membered ring systems such as is found in zingiberene (a constituent of the oil from ginger), cyclization of one end of the chain to the other end can lead to macrocyclic rings such as humulene.

Zingiberene, a sesquiterpene abundant in ginger.

δ-Cadinene, one of a family of sesquiterpene.

Humulones are sesquiterpenoids that give "hoppy" flavor to beer.

The cadinenes contain two fused six-membered rings. Caryophyllene, a component of many essential oils such as clove oil, contains a nine-membered ring fused to a cyclobutane ring.

With the addition of a third ring, the possible structures become increasingly varied. Examples include longifolene, copaene and the alcohol patchoulol.

The FPP backbone can be rearranged in several different ways and further decorated with different functional groups, hence the large variety of sesquiterpenoids. Geosmin, the volatile compound that gives an earthy taste and musty odor in drinking water and the characteristic odor on a rainy day, is a sesquiterpenoid, produced by bacteria, especially cyanobacteria, that are present in the soils and water supplies.[4] Oxidation of farnesene then provides the sesquiterpenoid farnesol.

Sesquiterpene lactones are a common class of sesquiterpenoids that contain a lactone ring, hence the name. They are found in many plants and can cause allergic reactions and toxicity if consumed excessively, particularly in grazing livestock.[5]