"Boldo" is also a settlement in Arauco Province (Chile) named after this tree.

Peumus boldus, the only species in the genus Peumus, is commonly known as boldo (from the Mapudungun name foḻo). This tree of the family Monimiaceae is natively endemic[1][verification needed] to the central region of Chile, occurring from 33° to 40° southern latitude. Boldo has also been introduced to Europe and North Africa, though it is not often seen outside botanical gardens.

Together with litre, quillay, peumo, bollén and other indigenous plants, it is a characteristic component of the sclerophyllous forest endemic to central Chile. Its leaves, which have a strong, woody and slightly bitter flavor and camphor-like aroma, are used for culinary purposes, primarily in Latin America.[2] The leaves are used in a similar manner to bay leaves and also used as an herbal tea, primarily in Chile, Bolivia, Argentina, Paraguay, Peru, Uruguay, Brazil and bordering countries in South America.

Although not well known, boldo fruits, which appear between December and February, are very tasty, nutritious, small, green, edible spheres. Boldo's assertive flavor comes primarily from the presence of the chemical ascaridole, which is also present in the epazote plant.

In Brazil, Argentina, Chile, Uruguay, and Paraguay, boldo is mixed with yerba mate or other teas to moderate its flavor. Some families keep a boldo plant at home for this purpose, although boldo teabags are readily available in nearly all supermarkets.

Boldo and plants with similar properties are widely used as mild folk medicine in various South American countries in both urban and rural areas, even among people who do not usually drink herbal teas other than mate beverage. Boldo is officially listed as phytotherapic plant as cholagogue and choleretic, for treatment of mild dyspepsia in Brazilian pharmacopoeia.[3]

Boldo is in the family Monimiaceae, which is closely related to the family Lauraceae (which includes many other plants used for their aromatic leaves, such as cinnamon, cassia, bay leaf, and camphor laurel.)

Boldo leaves have slightly bitter soft flavor and a bit coniferous rough taste when brewed in tea. They are used as a culinary herb to spike many savory dishes with fish, mushrooms, vegetables and as a component in sauces. In some local South American kitchens boldo leaves are also popular to wrap frying fish and meat. Boldo fruits, when dried, are used to make spicy condiments. [4] 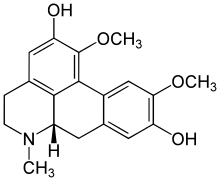 In 2009, the European Medicines Agency assessed boldo as follows:

Abortifacient and teratogenic effects in rats were observed with very high doses (800 mg/kg) of a dry ethanolic extract of boldine in the first days of pregnancy, not present at lower doses.[6]

Boldo oil should not be used internally or externally. Where boldo leaf is used, the total exposure to ascaridole should be considered from a safety standpoint. The levels of ascaridole in herbal medicinal products should be quantified. In view of the low solubility of ascaridole in water, the use of aqueous extracts including herbal teas could be accepted.[medical citation needed] The use of ethanolic extracts of boldo leaf is not considered acceptable for traditional herbal medicinal products, in view of the potentially higher levels of the toxic ascaridole constituent.[6]