The City of South Fulton is in Fulton County, Georgia, United States, in the Atlanta metropolitan area. It was incorporated in 2017 from parts of southwest Fulton County and includes the communities of Red Oak, Cooks Crossing, Stonewall, Fife, Ben Hill, Sandtown, Cliftondale, Ono, Cedar Grove, Boat Rock/Dry Pond, Maude, Lester, Enon, Welcome All, Peters Woods, and part of Campbellton.[2] As of 2020, it had a population of 107,436, making it the state's eighth-largest city in population.[3] As of the 2020 United States census, there were 107,436 people, 32,457 households, and 22,994 families residing in the city.

The 2016 Georgia General Assembly passed bill HB514 to incorporate South Fulton. Governor Nathan Deal signed the bill into law on April 29, 2016. On November 8, 59 percent of the citizens of what would become South Fulton voted to charter the city. This referendum was part of a "cityhood movement" in the Atlanta metropolitan area that began in 2005 with the incorporation of Sandy Springs on the opposite side of Atlanta. Several other communities in Fulton voted to incorporate in 2007.[4] With the passage of the South Fulton referendum in 2016, Fulton County became the first county in Georgia with no unincorporated residential areas.[5] As a result, in 2017 Fulton County also became the first county in Georgia to cease providing municipal services such as fire, police, zoning, and code enforcement.[6] Many former Fulton County personnel and facilities were transferred to the City of South Fulton.[7]

On March 21 2017, South Fulton held elections for mayor and city council, followed by runoff elections before incorporation took effect on May 1.[8] The first mayor of South Fulton was Bill Edwards, who previously served on the Fulton County Board of Commissioners from 2000 to 2014.[9] His term expired on December 31, 2021.[10]

In November 2017, after a one-year waiting period mandated by state law, the city council selected Renaissance as the new name for the city after allowing residents to suggest names. More than 200 names were suggested and the list was pared to 20, including Campbellton (a historical town now partly within the city), Atlanta Heights, Wolf Creek and retaining South Fulton.[11] Following a three-week public notice period and two regular public meetings, which are required to amend the city charter,[12] the city council approved the name change in December 2017. However, Mayor Edwards vetoed the name change on December 18, citing several reasons including contracts and some public opposition.[13] 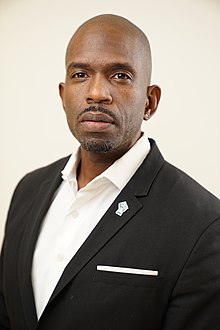 The City of South Fulton operates as a weak mayor form of government. According to the National League of Cities, a weak mayor government includes a powerful council with both legislative and executive authority. The mayor is not truly the chief executive, with limited power. The council can prevent the mayor from effectively supervising city administration.[14] South Fulton's mayor votes only in case of a tie council vote.