Use of Cannabis in Colombia 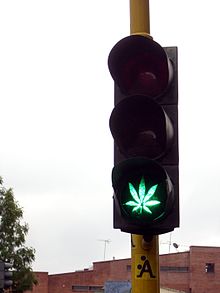 Cannabis in Colombia is illegal for commercial sale, but legal for certain medical uses, and personal cultivation and consumption are decriminalized. 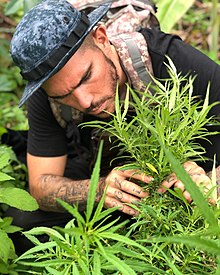 Cannabis has been cultivated in Colombia since the late colonial period, when hemp was grown for its industrial fibres. However even at that early state, cannabis was recognized for its psychoactive uses, but these remained largely confined to the fringes of Colombian society, and discouraged by the Catholic church and national law.[1] By the 1920s, possibly spurred by wider cannabis use in the Caribbean, recreational use of cannabis emerged in the Atlantic ports, particularly Barranquilla, leading the Colombian government to further restrict cannabis in 1939 and 1946.[2]

In the 1960s and 1970s, North American cannabis traffickers made inroads into Colombia, leading to booming production in the Sierra Nevada de Santa Marta and the Urabá peninsula, where cannabis was smuggled in the region's massive northward shipments of bananas.[1]

According to the academic Steven Bender, marijuana from Colombia is known as "Colombian", as referenced in the American rock duo Steely Dan's 1980 song "Hey Nineteen".[3]