Twenty tribes are members of the Inter-Tribal Council of Arizona (ITCA). 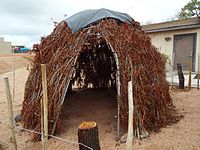 An early hut which served as a home of a Yavapai family. 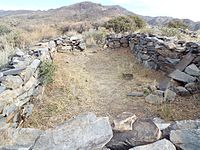 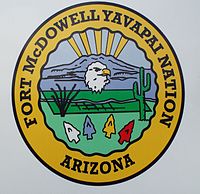 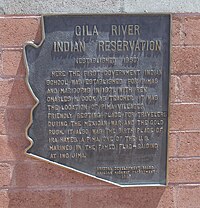 Historic Marker which reads: Gila River Indian Reservation (established 1859) Here the first Indian school was established by the government for the Pimas and Maricopas.

This is a list of all federally recognized tribes in Arizona currently registered with the Bureau of Indian Affairs. Links go to the tribes' website or to the ITCA's page for that tribe.